In the last few weeks, big tech companies have systematically targeted and silenced right-of-center influencers like Alex Jones for violating their Terms of Service. Meanwhile, far-left groups that actively violate those same Terms of Service appear to be getting a pass.

One of the most alarming examples of this selective enforcement is the case of prominent antifa organizing site, It’s Going Down. We have reported extensively on this website and how they not only radicalize and recruit far-left extremist, but how they actively encourage them to engage in violent, criminal acts. When Far Left Watch first launched we started a successful #DefundAntifa campaign that resulted in the termination of It’s Going Down‘s Patreon and Paypal accounts.

It’s Going Down currently has almost 28K Facebook followers and almost 40K Twitter followers. While right-of-center influencers are shadow banned, suspended, or outright banned; this far-left website is free to encourage their followers to engage in targeted political violence. Here are just a few examples

1. The Deliberate Sabotage of Transportation Infrastructure

That’s right, It’s Going Down published an article (now deleted) where far-left extremists take credit for pouring concrete on train tracks. They even included a link to an instructional video so that other extremists could replicate this criminal activity in their own cities.

2. The Deliberate Sabotage of Communication Infrastructure

3. The Deliberate Act of Anti-Gentrification Arson

Here, It’s Going Down published an article (also deleted, are you seeing a trend?) where far-left extremists slashed tires, cut fuel lines, and burned a truck. They then go on to claim that this was done “in solidarity with rebels fighting the police”. This third example is especially relevant considering the recent Anti-Gentrification vandalism in Berekely and the three acts of Arson in Oakland and Emeryville, CA.

4. The Support of Armed Guerrilla Forces Here, It’s Going Down published an article in support of the International Revolutionary People’s Guerrilla Forces (IRPGF), a “militant armed self-organized and horizontal collective working to defend social revolutions around the world, to directly confront capital and the state, and advance the cause of anarchism.” The recruiting video they include in the article shows the far-left IRPGF using guns, IEDs, and even RPGs.

5. The Use of Violent Recruiting Materials

Here, It’s Going Down published an article (not yet deleted) encouraging people to decorate their neighborhoods with recruiting posters that advocate for the murder of President Trump.

And here, It’s Going Down published an article (not yet deleted) encouraging people to decorate their neighborhoods with recruiting posters that compare Donald Trump supporters to Nazis and depict them being held at knife point.

These are just some of the many examples of antifa groups violating Facebook and Twitter Terms of Service without consequence. It’s possible but highly unlikely that Twitter and Facebook are not aware of these TOS violations. You can make sure they know by reporting It’s Going Down. 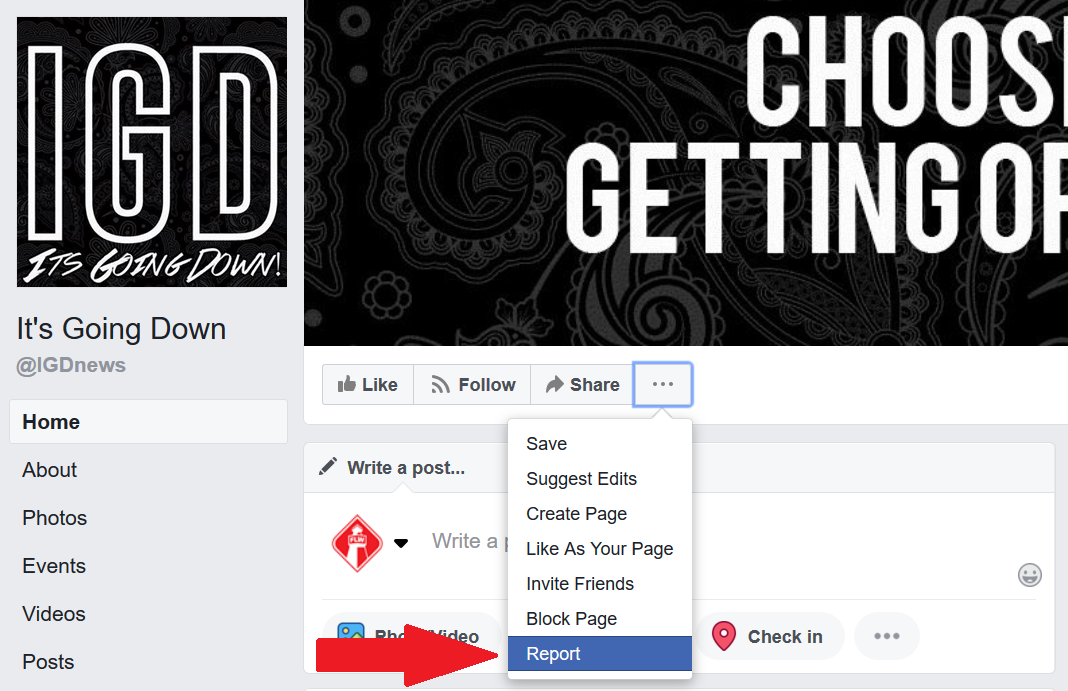 Help us launch our Extremist Map by donating to our Patreon account.