Qatari state run media network, Al Jazeera, recently produced a 25 minute documentary about antifa titled This is Antifa: Behind the mask of the US anti-fascist movement. In this documentary they interview antifa activists from Berkeley, Portland, and Seattle as well as left-wing journalists and intellectuals. For the opposing perspective they only speak to Joey Gibson from the right wing group, Patriot Prayer.

They're determined to fight the rise of white supremacist groups in the US by any means.

This documentary highlights several critical examples of violence from the far-right but fails to apply that same level of scrutiny to antifa. There is no mention of instances where antifa has violently assaulted and hospitalized completely peaceful people; there is no mention of their proclivity towards violent authoritarian ideologies like communism; and there is no critique of how the parameters they use to define labels like “fascist” or “nazi” consistently continue to widen.

Fault Lines, which is the Al Jazeera TV series that produced this documentary, started airing in 2009 with the goal to examine the US’ role in the world. As you can see from their previous episodes, they have a clear anti-Trump ideological bias. 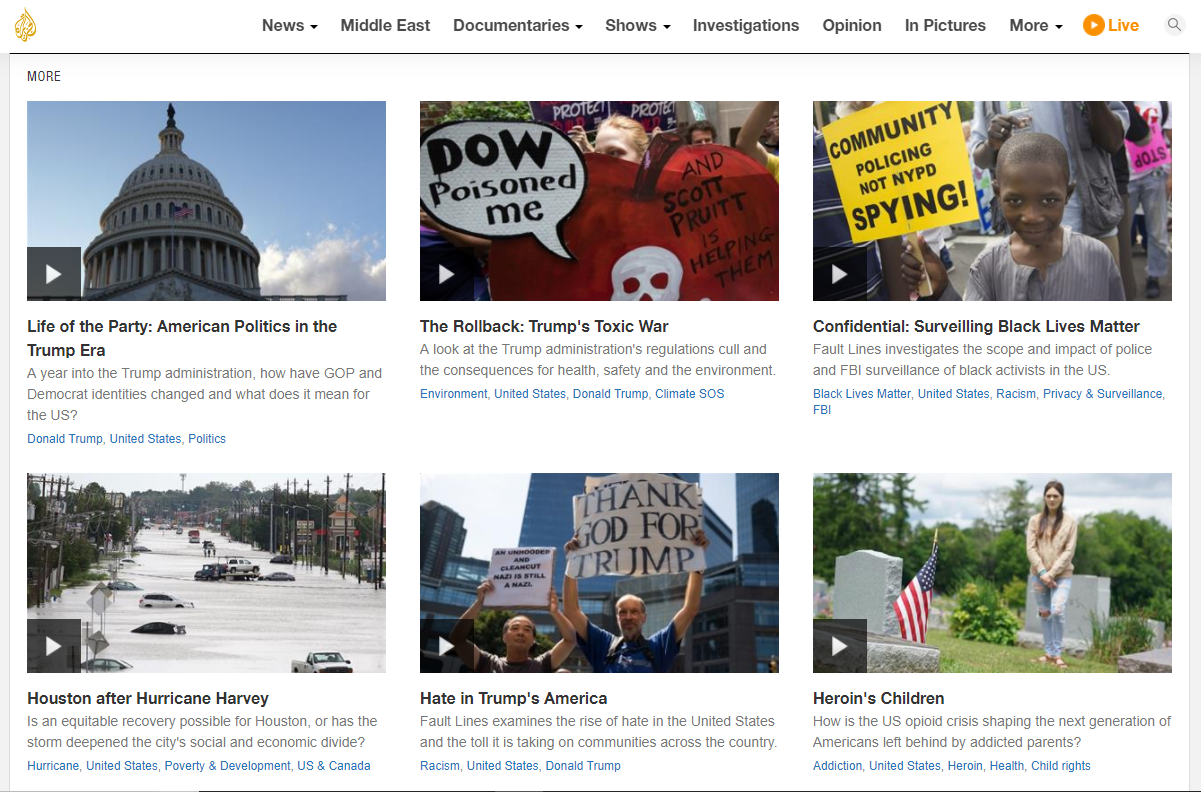 Meanwhile, their state run propaganda mouthpieces, Al Jazzera (AJ+, Fault Lines, etc.) all paints the United States and specifically Trump supporters as a backwards, hateful, bigots. Their twitter and Facebook accounts collectively have over 26 million followers and are routinely referenced by far-left activists. So why is a country that openly oppresses their own minority groups simultaneously championing the cause of far-left groups who allegedly fight to end this type of oppression?