In a statement from the Red Guards Austin, they claim that one of their organizers was arrested for unlawful possession of a firearm on Friday, March 9th:

“Dallas [not his legal name] and a friend headed to the bail bond office to meet the further requirements of his bail. Immediately upon exiting the car, they were surrounded by undercover cops and federal agents. Dallas was arrested for unlawful possession of a firearm as a felon”

They also mention that he is being charged with as much as 30 years in prison:

“With what seems to us to be no meaningful evidence, the feds have stacked charges against Dallas that could carry a total of 30 years in prison.”

Towards the end of their statement they make it clear that they are ready to die in order to institute an authoritarian communist government:

They cannot break the will of the movement guided by the sharpest weapon the proletariat has ever wielded: Marxism-Leninism-Maoism, principally Maoism. Though we have many lessons to learn from our errors, and though it grieves us unspeakably that someone we treasure has fallen into the hands of the enemy, we have never been embarrassed by our work and our struggle, and we never will be. We will uphold, defend, and apply Maoism until our deaths.

Red Guards Austin tried to conceal his identity buy using the alias “Dallas”, but based on simple deductive skills, “Dallas” appears to be Jarrod Patton Roark. Roark has been arrested on previous occasions along with other members of this violent militia group. 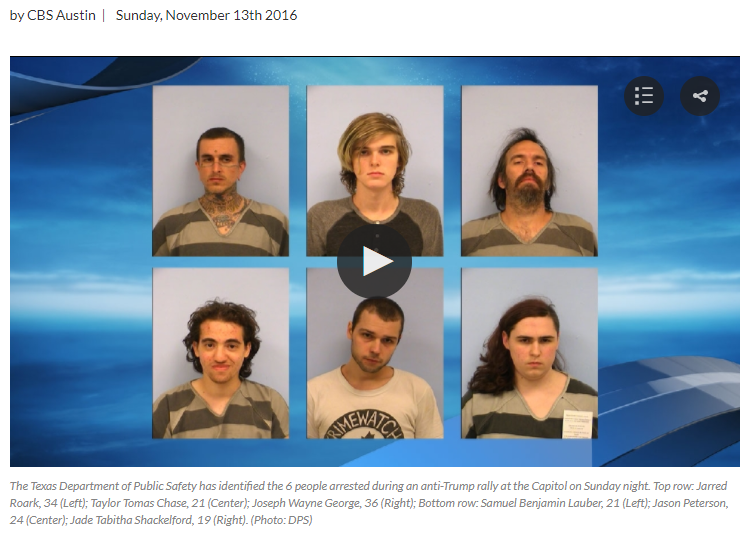 If “Dallas” does end up serving time in prison, at least he will have an opportunity to confront actual white supremacists instead of just attacking anyone with a Make America Great Again hat. Maybe his comrades at the Los Angeles Red Guards will be able to adopt this same strategy soon. Tick tock.