The Austin based extremist group, Red Guards Austin, has been gaining prominence in the Texas antifa movement. They are a self described autonomous Marxist-Leninist-Maoist collective and their website contains multiple reports on their confrontational and often armed demonstrations. 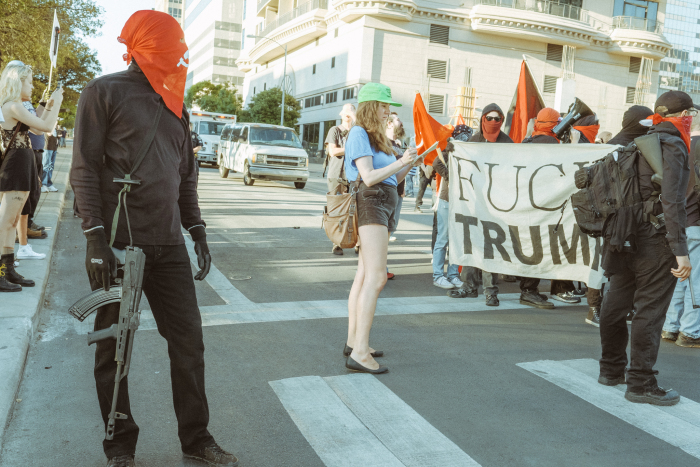 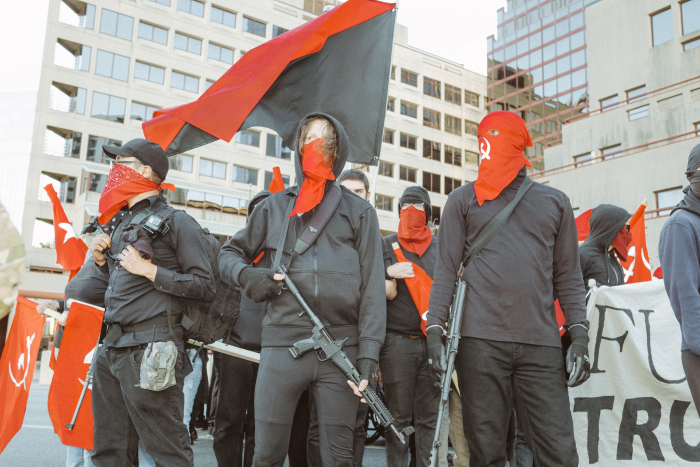 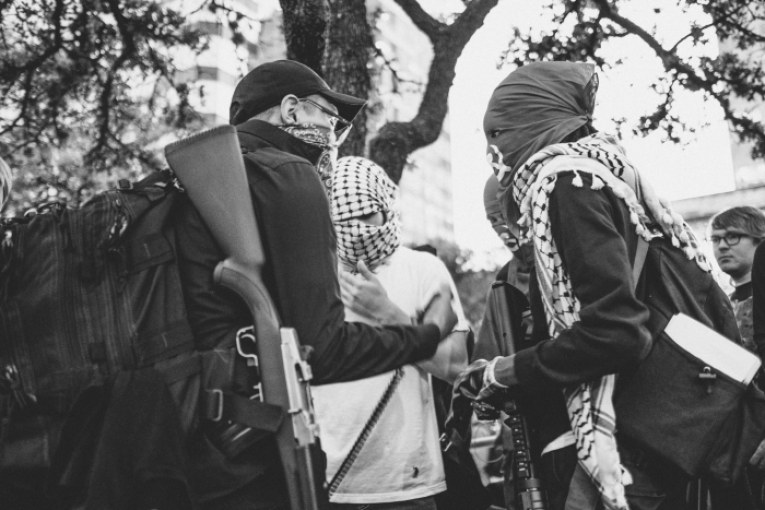 They also openly advocate for violent revolution against capitalism.

“we must seriously take up the task not only of self-defense on the personal and community level, but we must also struggle to unite all genuine antifascists behind the necessity of revolution.  Revolution means the long fight for communism and nothing less.”

In a blog they recently shared from their Facebook Page titled “Everywhere a Battlefield“, this trend continues as they claim “The war is not coming—it is here and now” and then discuss the need for weapons training and more “revolutionary violence”.

“The war is not coming—it is here and now. We must take our historic task seriously. We must accumulate forces and steel them in small-scale street battles. We must respond accordingly to the apocalyptic reality that capitalism-imperialism has forced on us.”

“So what does self-defense mean for the rest of us? What does it mean for enemies of the state? It can only mean that we must develop red physical culture. It means that we must contend for ground that has been ceded to the enemy. That we train in both hand-to-hand combat and in weapons. We must take community self-defense seriously. We must walk away from the comfort zone of the legal left, and by extension it means that those who protect them are sure to attack us. It means that we return to our filthy neighborhoods of cramped apartment complexes and organize right there among our class. It means that we choose the field of combat thoughtfully and not out of uninventive and timid habit. We cannot expect a mass antifascist movement to develop its necessarily revolutionary character unless we move away from the state-ordained protest zones.

“Reclaiming violence means making revolutionary violence available to be utilized by all types of comrades at all levels and all abilities. It means training physically in flexible ways applied to the specific conditions of specific groups. Everyone, regardless of ability, can improve. This is not to do away all at once with the division of violent labor; the science of revolutionary violence is universal, and it must at the same time be applied with great care to the specific. In this process of trial and error we sharpen and broaden our skillsets. Martial arts, firearms, and sports must be seen as cultural battlefields as well as invaluable tools in our revolutionary toolkit.”

For months, militant antifa groups have been engaging in targeted political violence. They claim they exist to fight racists, bigots, and white supremacists; and their allies in the media often echo these claims. But if the actions from the Red Guards Austin is any indication, this is nothing more than a public relations campaign to recruit moderates. Their end goal is communism, a political ideology responsible for tens of millions of deaths in the 20th century.

If you appreciate the work we do, please consider donating to our Patreon account.