As part of International Women’s Day, a militant communist group called the Red Guards – Los Angeles published a blog post titled “Long live International Working Women’s Day: Build the Women’s Guerrilla Defense Unit!”. They began this post by honoring the lives of women who have participated in armed revolutionary conflict in order to advance the violent, authoritarian ideology of communism:

They then spend the remainder of the post advocating for armed preemptive violence against people they believe to be their enemies (capitalists, the patriarchy, etc.):

They also clarify that they are LITERALLY talking about arming themselves for war:

“Patriarchy cannot be simply unlearned. We must literally arm ourselves and go to war with U.S. capitalism.”

They then talk about the glory that will be bestowed upon martyrs who take up their cause:

“Revolutionary martyrdom is unavoidable because going to war against capitalism, imperialism and settler-colonialism is the condemned duty of all exploited and oppressed people. So we say glory to those who gave and give their lives to the masses and the revolution. Glory to the immortal women martyrs who shall be honored by their international comrades taking up arms and taking up their positions in their military units and Party positions.”

And to once again clarify that they are in fact violent extremists, they end the blog with:

“A proletarian Women’s Guerrilla Defense Unit is not enough in and of itself. This unit must be thought of as the seed planted for the growing all-gender working-class revolutionary army to carry out the highest point we can aspire to: a revolutionary soldier in the coming Protracted People’s War.

The time for activism is over. Now is the time of war.”

This latest blog post comes just a few weeks after they stated that their anti-gentrification techniques should be escalated from rebellion to war. In addition to their open calls for armed political violence, their social media footprint is loaded with communist propaganda and praise for dictators who have murdered millions of people: 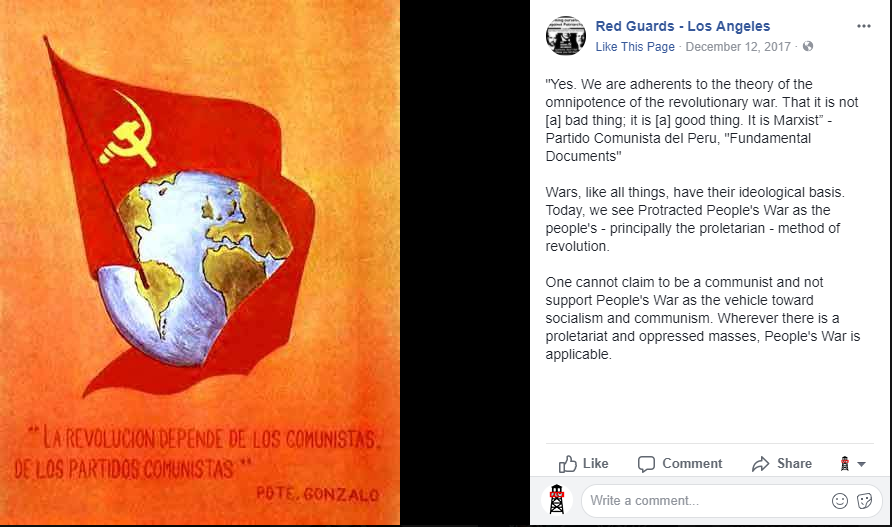 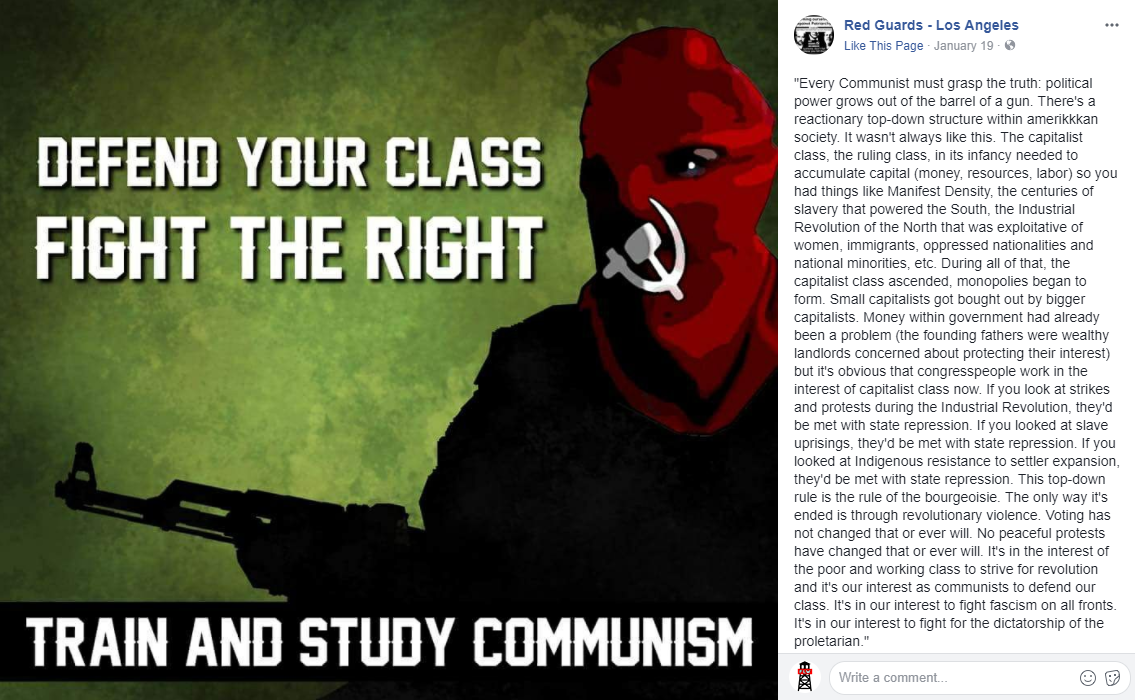 You can also submit a formal FBI tip here. Just make sure to include the archived links we have provided in this report.

The Red Guards – Los Angeles are just one of many violent communist cells now openly operating across the country. We have previously reported on similar cells here, here, and here.