In the last few days, several prominent antifa websites have been promoting the expansion of the far left group Revolutionary Abolitionist Movement (RAM). It’s Going Down, Sub.Media, and Insurrection News published articles and took to twitter to encourage their followers to donate to a Fundrazr account to help RAM launch a new cell in Philadelphia, Pennsylvania. 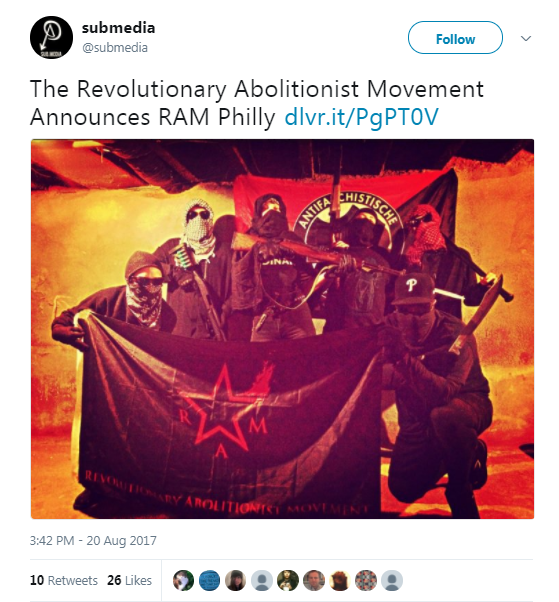 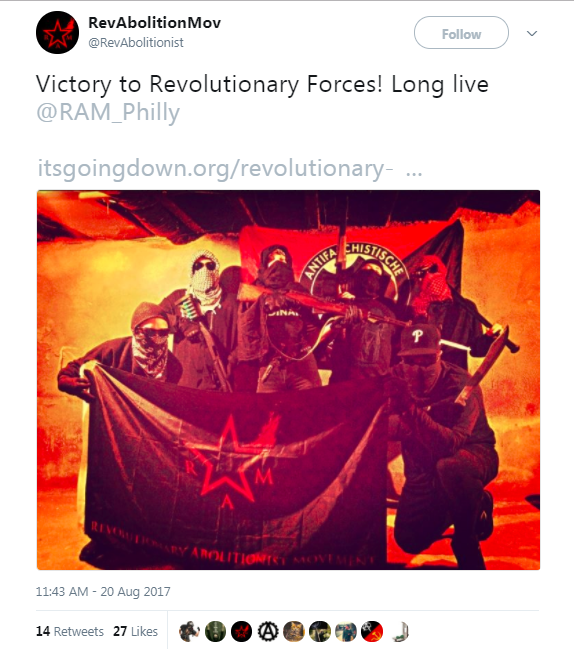 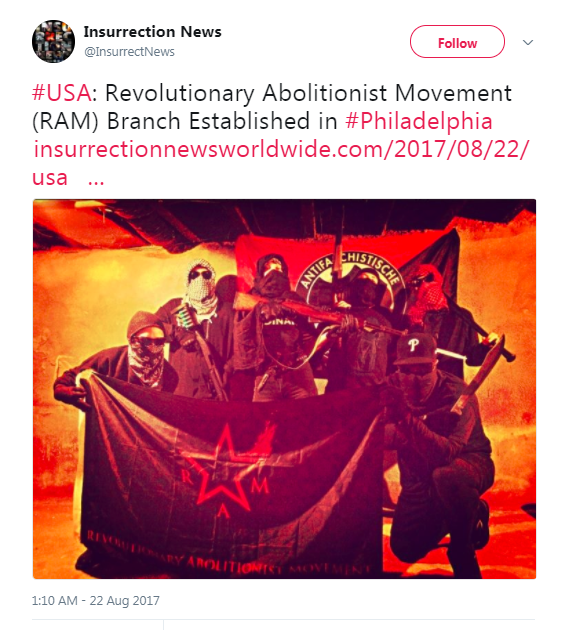 What do we know about RAM? Well, according to their website:

“The Revolutionary Abolitionist Movement is a political movement dedicated to freeing people from bondage and building resistance in the United States.”

Just like every other Antifa group, they oppose white supremacy, racism, and bigotry. Seems reasonable, right? But read a little further into their “Political Foundation” and you will find a few things that aren’t so reasonable.

They advocate for the abolition of gender:

They advocate for the expropriation of good, lands, and tools:

And finally, just like every other Antifa group, they oppose capitalism and are open proponents of communism. On their website they go on to say:

“as revolutionary anarchists, the abolitionist struggle must be extended to the state and capitalism, the perpetrators of oppression. The revolutionary movement in the US today is at a cross roads, as fascist movements are expanding, and the state becomes increasingly authoritarian. The Rojava Revolution, in northern Syria, provides us with a model for revolution today with its foundation in communal and council based political organization and militant defense.”

In this statement they specifically mention “The Rojava Revolution” as a model for revolution. Most of the “revolutionary fighters” involved in this conflict are Marxist and communist guerrilla groups like the IFB, YPG and specifically the International Revolutionary People’s Guerrilla Forces (IRPGF). Not surprisingly there is a lot of cross promotion and “acts of  solidarity” between RAM and the IRPGF. 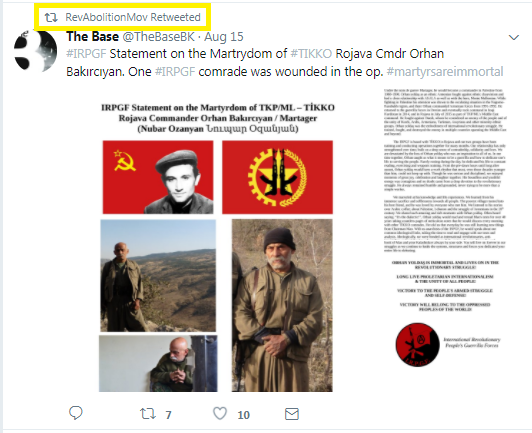 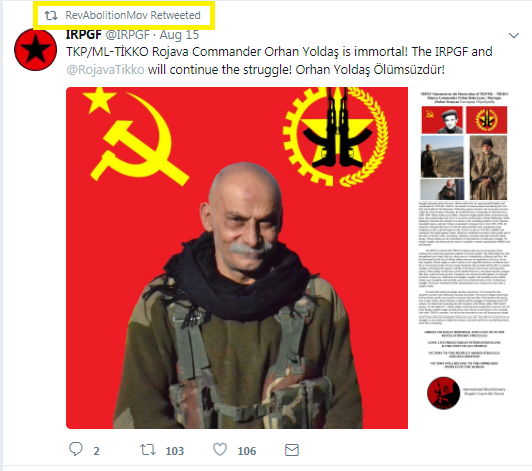 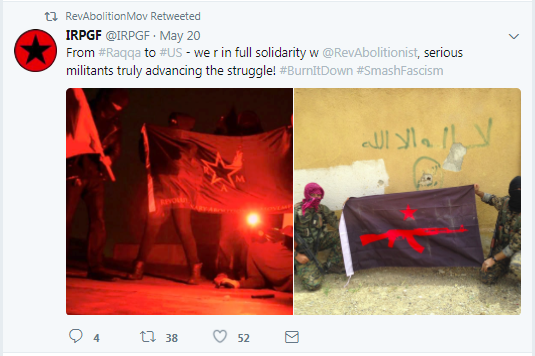 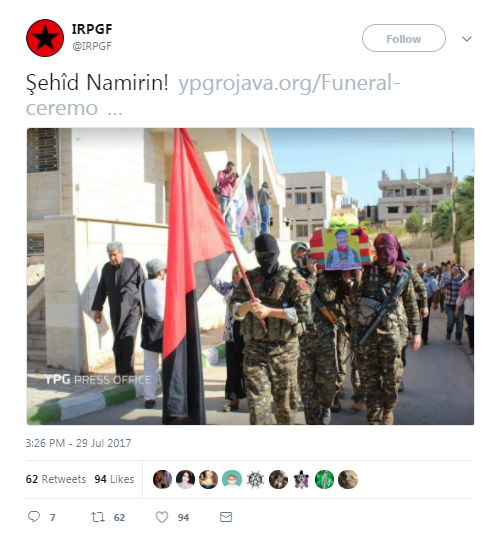 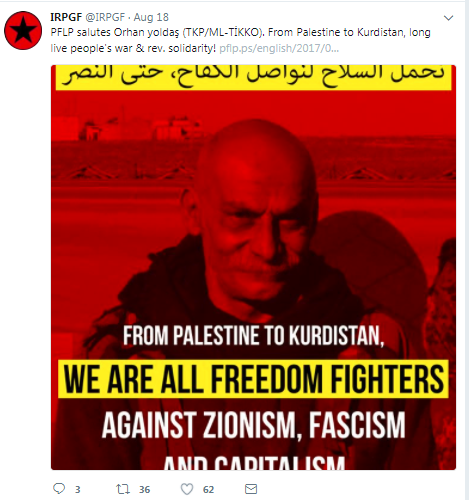 If this wasn’t enough, RAM has been conducting a series of workshops at their Brooklyn, NY branch designed to radicalize a new generation of revolutionaries. These include an “Introductory Class” a “Legal Training” workshop, an “Introduction To Anarchism” class, and even an “Our Enemies in Blue” anti-police workshop. 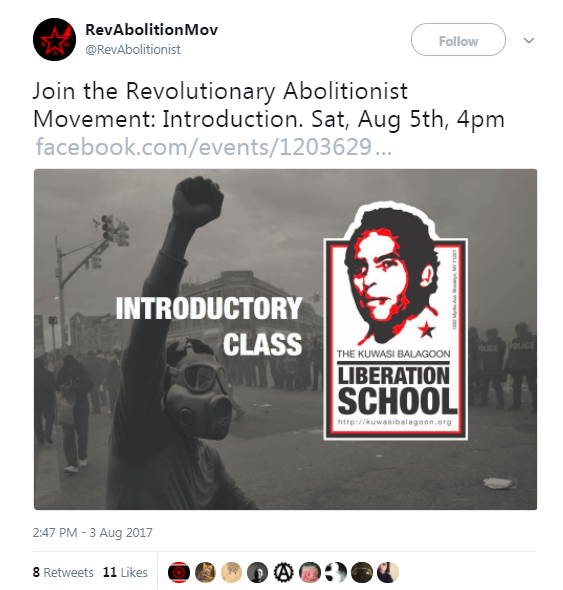 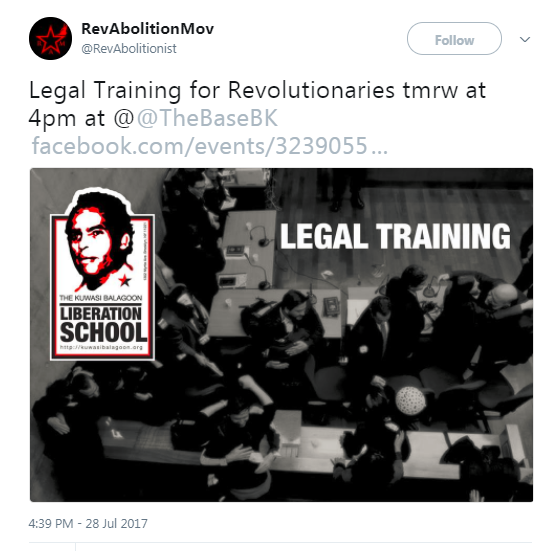 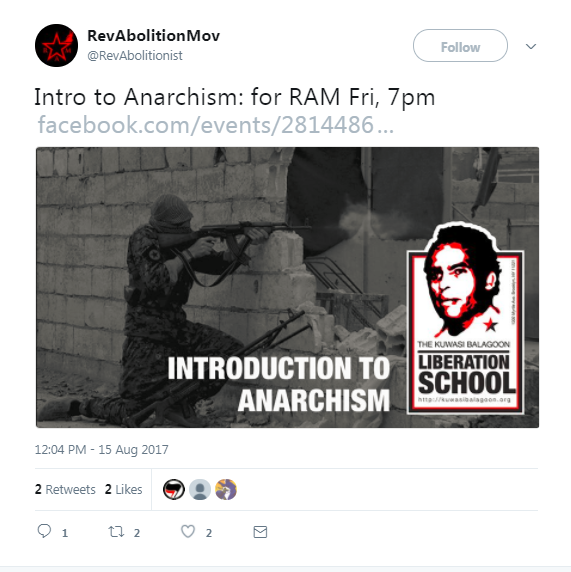 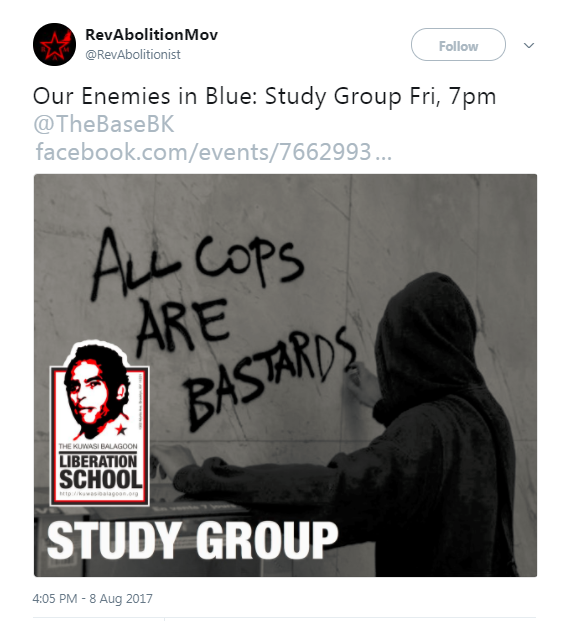 If you have been following our coverage of the growing far left extremist movement, this information is likely not surprising. Unfortunately, the media has now dedicated dozen of articles to normalizing and justifying the violence from Antifa and the far left. They repeatedly tell us that Antifa and these far left groups are a response to neo-Nazis and white supremacy. Why do they exclude Antifa’s militant opposition to capitalism? Why do they exclude Antifa’s proclivity towards communism, a political ideology that is responsible for the death of 94 million people? Perhaps we should ask them.