It was recently brought to our attention via an anonymous tip that the prominent antifa website, It’s Going Down, began immediately advocating for the death of President Trump just days after he was elected. We’ve previously reported on this same site offering recruiting materials that depict Trump supporters being bayoneted, providing instructions on how to sabotage critical transportation infrastructure, and sharing recruiting videos from violent communist militia groups.

This new discovery shows that they have been advocating for physical violence against President Trump for much longer than previously thought. On November 13th, just days after Donald Trump was elected, It’s Going Down began promoting a downloadable anti-Trump poster that says “Make The Guillotine Red Again” and depicts President Trump under the blade of a guillotine.

This theme of wishing to publicly execute ideological opponents borrows from the French Revolution and is alarmingly prevalent in far-left, communist circles. 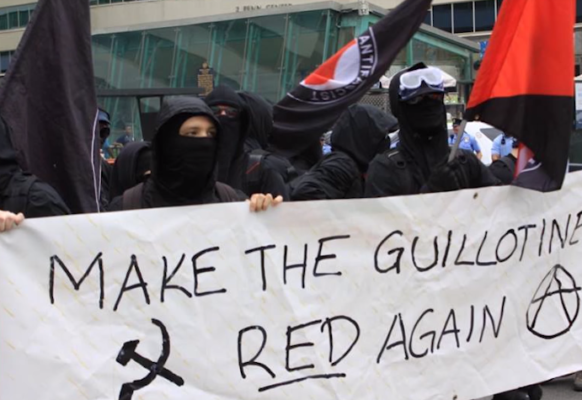 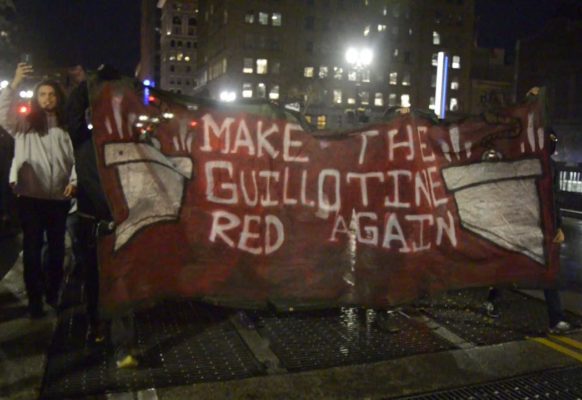 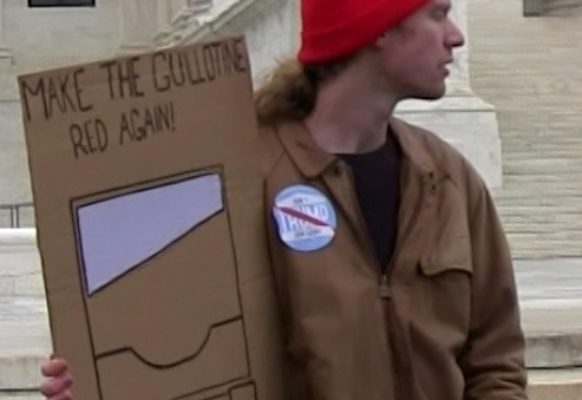 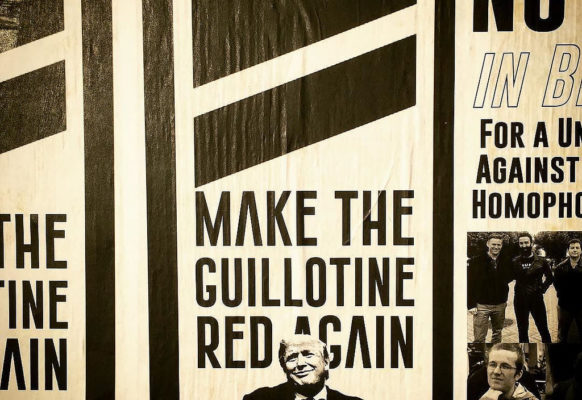 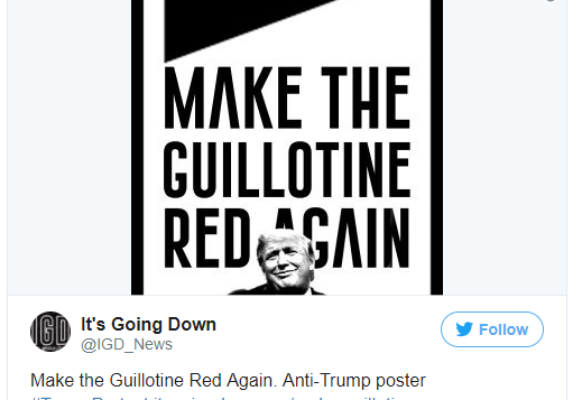 Proponents of antifa and the hard left will no doubt claim that this type of violence is only directed at “fascists” but keep in mind that antifa leader and John Jay College professor, Mike Isaacson, believes that “anti-communism is code for fascism”.

Anti-communism is code for fascism https://t.co/0LbqjEoF4D

Help us launch our Extremist Map by donating to our Patreon account.